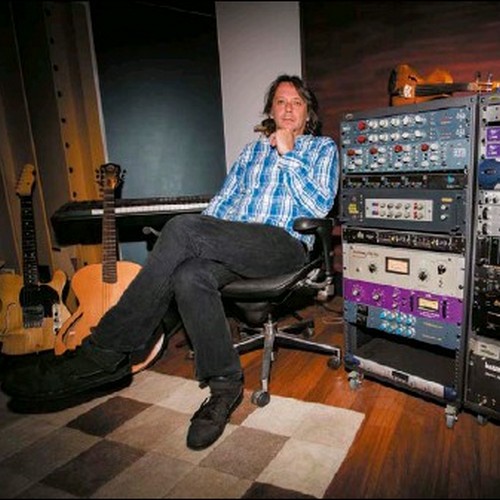 Daniel Denholm has spent the last 25 years between the worlds and genres of rock/pop and classical music and just about everything in between. As a record producer, arranger and composer his diverse range of work include everything from pop hits, super fidelity classical recordings to film and television soundtracks.
Daniel has worked with a vast array of significant Australian artists including Silverchair, Richard Tognetti, Megan Washington, The Australian Chamber Orchestra, Powderfinger, Eskimo Joe, The Cruel Sea, Midnight Oil and many more.
In 2006 Daniel produced the Aria Award winning Bach Solo Partitas and Sonatas for Violinist Richard Tognetti after years of collaboration with Australian Chamber Orchestra. He was 30 Seconds To Mars conductor and arranger for the 2005 MTV awards and Barry Gibb’s Australian musical director for the Sound Relief concerts in 2009.
Also in 2009, he won the Silver Medal at New York Festival of Film for Music Production and Sound Design on Jonathan Mills and Dorothy Porter’s Opera film Eternity Man directed by Julien Temple.

2 years ago in Artists
composerDaniel Denholm