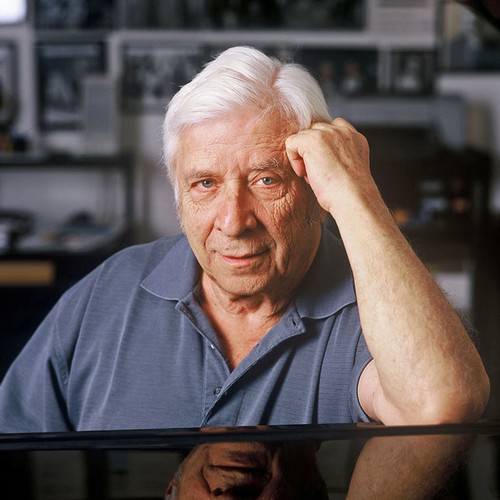 Elmer Bernstein’s life could have been set to music, and for many, it was. Affable, fearless and genuine, the man behind the music that has already surpassed the test of time was a man with a golden touch. His contribution to film music is celebrated. His contribution to new generations of aspiring musicians continues. His exuberance for life is still felt.
In the history of film music, Elmer Bernstein (1922-2004) is among the iconic and the legendary. With a career that spanned an unparalleled 5 decades, he composed more than 150 original movie scores and nearly 80 for television, creating some of the most recognizable and memorable themes in Hollywood history: the driving jazz of The Man With the Golden Arm, the rousing Western anthem of The Magnificent Seven, the lyrical and quietly moving music of To Kill a Mockingbird, and the jaunty, thumb-nosing march of The Great Escape. His impact is still felt, and his presence still missed, by moviemakers and moviegoers alike.

3 years ago in Artists
composerElmer Bernstein