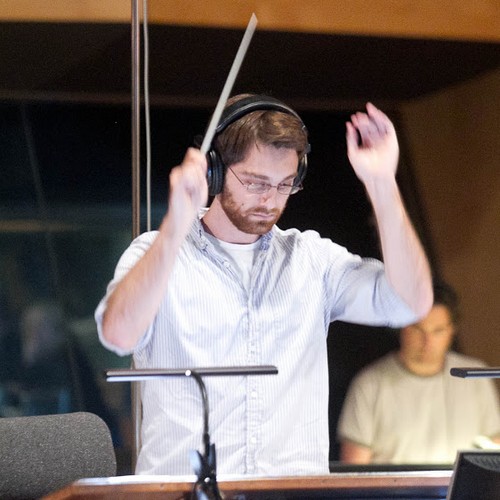 Evan Goldman was born in Washington D.C. Having developed a passion for music early on, Evan began his formal training in film scoring at the age of only 16, and traveled to Santa Barbara, California to study with Emmy-winning composer Richard Bellis. He graduated with honors from the Frost School of Music at the University of Miami in Florida.
Subsequently, Evan furthered his education and experience by working at Remote Control Productions – Hans Zimmer‘s Santa Monica studio – and studying privately with ten-time Emmy-winning and Oscar-nominated composer Bruce Broughton.
Evan is a graduate of the prestigious ASCAP Film-Scoring Workshop and shares the company of such composers as Joseph Bishara (Insidious, Annabelle, The Conjuring), Trevor Morris (Immortals, Vikings, Olympus Has Fallen), Atli Örvarsson (Hansel & Gretel, Chicago Fire), and Joseph Trapanese (Tron: Legacy, Oblivion, The Raid, Insurgent, Straight Outta Compton).

11 months ago in Artists
composerEvan Goldman
Releases
We use cookies to ensure that we give you the best experience on our website. If you continue to use this site we will assume that you are happy with it.OK