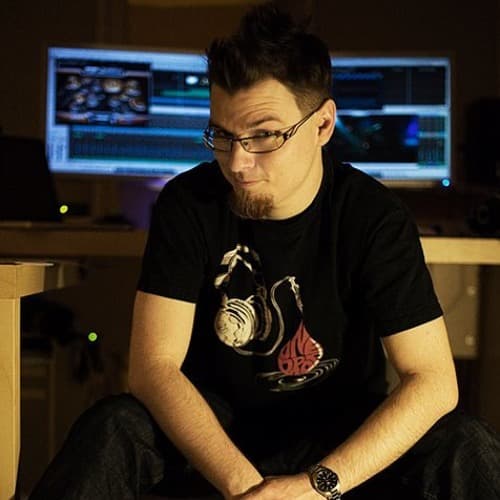 
Marcin Przybyłowicz is a Polish composer, best known for his work in video games – his game credits include The Witcher saga (with The Witcher 3: Wild Hunt as music director), The Vanishing of Ethan Carter (as sound designer), Afterfall: InSanity, and many more. He began composing while studying jazz conducting at F. Nowowiejski Academy of Music in Bydgoszcz (Poland). Shortly after, he started scoring his first projects. In 2007 he received a young talents scholarship, Creative Valley, funded by polish national TV channel TVP. The aftermath of this event was taking part in The Witcher. Music inspired by the game album, which gave him recognition among video game music fans. Marcin’s work forThe Vanishing of Ethan Carter has been nominated for Excellence in Audio(IGF 2015) and Outstanding Achievement in Sound Design (Annual Game Music Awards 2014), among others. His music from The Witcher 3: Wild Hunt (composed alongside with Mikolai Stroinski) already won both players’ and critics’ hearts worldwide.

1 year ago in Artists
composerMarcin Przybylowicz
Releases
We use cookies to ensure that we give you the best experience on our website. If you continue to use this site we will assume that you are happy with it.OK