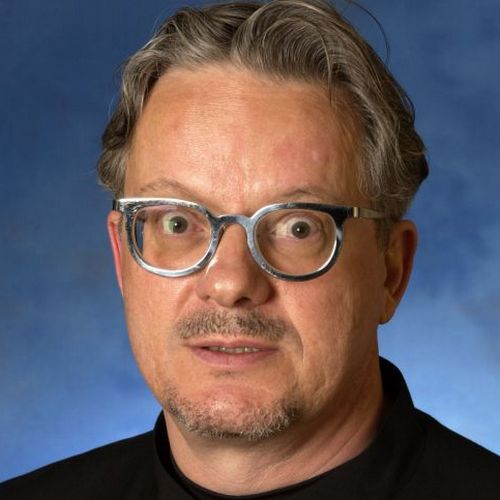 Mark Mothersbaugh / Mark Allen Mothersbaugh (born May 18, 1950) is an American singer-songwriter, composer, multi-instrumentalist, record producer, author, and visual artist. Mothersbaugh’s music career spans more than 40 years. He came to prominence in the late 1970s as co-founder and lead singer of the new wave band Devo, which released a top 20 hit in 1980 with the single “Whip It”. The band has maintained a cult following throughout its existence. Mothersbaugh is one of the main composers of Devo’s music, and made major lyrical contributions to the band’s songs. He is one of only two members (along with bass guitarist Gerald Casale) who have been with Devo throughout its entire history.

5 years ago in Artists
Mark Mothersbaugh
We use cookies to ensure that we give you the best experience on our website. If you continue to use this site we will assume that you are happy with it.OK