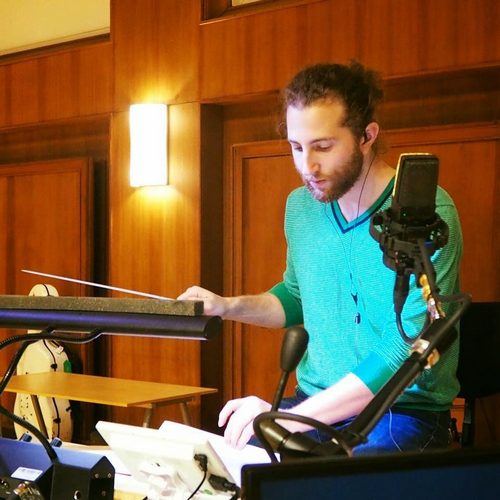 Max Aruj is a composer born and raised in Los Angeles. Aruj composed the score for Eytan Rockaway’s psychological thriller The Abandoned, as well as Justin Floyd’s Resurrect. This past year, he wrote additional music on The Crown for Hans Zimmer and Rupert Gregson-Williams, and served as score producer on Lorne Balfe‘s score for The Lego Batman Movie.
Aruj began his studies at the age of six in classical and jazz piano. Aruj went on to receive a Bachelor’s in Music Composition at the USC Thornton School of Music, and a minor in Business Administration for the Marshall School of Business, graduating magna cum laude, and was recognized as a Renaissance Scholar. At USC, Aruj studied composition with Stephen Hartke and piano with Daniel Pollack.
Currently, he is the composer for Well Played Studios’ Virtual Reality gaming platform Ripple Effect which is now available on Steam. Also this year, Faraway Features will release horror/thriller Wichita, for which Aruj composed the original score. His latest project, Adam Randall’s action/sci-fi iBoy, which Aruj co-scored with Steffen Thum, which is now streaming on Netflix.

3 years ago in Artists
Max Aruj
Releases
We use cookies to ensure that we give you the best experience on our website. If you continue to use this site we will assume that you are happy with it.OK