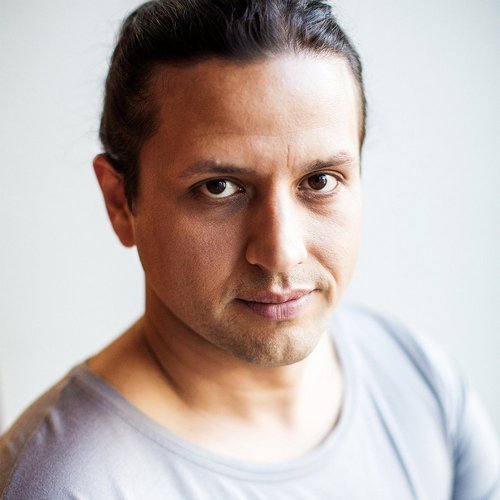 Robert Rospide a.k.a Robert Rodriguez is an American Composer, Musician and Actor.  The son of Cuban-Jazz drummer Roberto Rodriguez, Robert was born January 11, 1978 in New York City and grew up in the Magic city of Miami.  He began studying music at an early age and by age 12 he was performing classical recitals on piano.  By the time he was in highschool he was working and recording professionally in the Miami area and at seventeen he was awarded the honor of being selected to The National Grammy High school band.  He then continued his studies of piano, percussion at the New World School of the Arts and later studied music and acting at University of Miami.
Robert began to tour the world at the age of 22 as an instrumentalist with virtuoso trumpeter Arturo Sandoval which culminated in many recordings including the score to HBO’s “For Love or Country” starring Andy Garcia and an album produced by Quincy Jones, Emilio Estefan “Trumpet Evolution”.  He then continued to NYC to perform, record compose and or perform for many legends including percussionist Ray Barretto and drummer Roy Haynes, Saxophonist David Sanchez, Joe Locke, Paquito D’Rivera, Christian Mcbride, Richard Bona, Caribbean Jazz Project and many others.