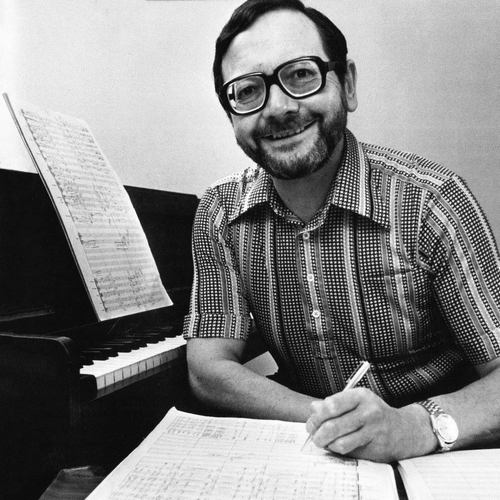 Ron Goodwin was born in Devonport, Plymouth on 17 February 1925, the younger son of James Goodwin (d 1952), a Metropolitan Police constable engaged in security work at the naval dockyard, and his wife Bessie Violet, née Godsland (d 1966). Ron Goodwin learned to play the piano from the age of five. When he was nine the family returned to London, and at Willesden County Grammar School he took up the trumpet and joined the school band.
When War broke out, the family moved to Harrow, and Ron transferred to Pinner County Grammar School, where he formed his own band, The Woodchoppers. In 1943, after a brief spell as an insurance clerk, he joined the arranging department of music publisher Campbell, Connelly & Co. There he received invaluable help from arranger Harry G. Stafford, and he also took private conducting lessons from Siegfried de Chabot, a professor at the Guildhall School of Music. He subsequently worked as an arranger for Paramor-Gold Orchestral Services and played trumpet for Harry Gold and His Pieces of Eight. In 1945 he became head of the arranging department at Bron Associated Publishers, and very soon he was arranging for bands of the day including those of Ted Heath and Geraldo and the BBC Dance Orchestra.

12 months ago in Artists
composerRon Goodwin
Releases
We use cookies to ensure that we give you the best experience on our website. If you continue to use this site we will assume that you are happy with it.OK