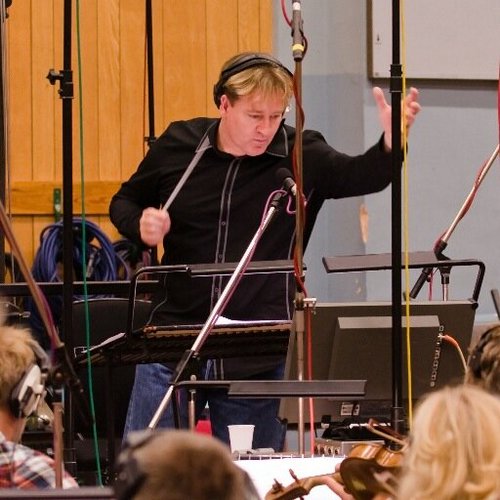 Timothy Williams is a multi award-winning composer and orchestrator of film, TV, video games and theatre, with over 63 feature film credits. In 1989, Williams wrote the musical Napoleon (musical), which opened in 1994 at the Elgin Theatre in Toronto. It was nominated for a Dora Award for Best New Musical. Williams has scored numerous award winning feature films including, Diablo, starring Scott Eastwood and Walton Goggins, The Tank, starring Jack Devenport, Wild Horses, written and directed by Robert Duvall, starring Josh Hartnett and James Franco, Walking With The Enemy, starring Ben Kingsley, the score for which was on the eligible list for the 2015 Academy Awards, the Tom Hanks produced WWII documentary Beyond All Boundaries, “Red Sky (2014 film)”, The Butterfly Circus, Debug, Fragmented, The Mulberry Tree, The History of Future Folk, the top rated comedy of 2013, the multi award-winning, Sony’s Playmobil: Secret of Pirate Island, Playmobil: Quest for the Golden Scepter, MGM’s A Dog’s Breakfast, Up in the Air, The Passage, Star Crossed, Stephen King’s Gotham Cafe, The Lutefiske Wars, and Brazen Bull. He scored additional music for Guardians of the Galaxy (film), Conan the Barbarian, 300, Watchmen, Super, Sucker Punch, Tales of the Black Freighter, Doomsday, and licensed music for Shark Night 3D as well as conducting music for the 2014 film, Debug (film) written and directed by British-Canadian actor, David Hewlett who like Williams is also originally from Surrey. In addition to orchestrating and conducting all the above, Williams also orchestrated and conducted Premium Rush, the Main Theme for Green Hornet, The Way, The Day The Earth Stood Still, Halloween, Slither, and Half Past Dead, and the TV Series “The Last Resort” and “The Whispers”. Williams has orchestrated for Tyler Bates, Alan Menken, Stephen Schwartz, Robert Duncan, John Kavanaugh, Tom Rainier and Bruce Broughton. He orchestrated for Valve Corporation’s Dota 2 soundtrack and orchestrated Zella Day’s album Kicker.
Williams co-scored the video game score of “Rise of the Argonauts” with composer Tyler Bates and contributed additional music on God of War: Ascension. He orchestrated and conducted Transformers: The Game and “Wildstar” Army of Two: The 40th Day. He has won 4 Thea (award)s and a Dora Award for the projects “Aladdin – A Disney Spectacular”, Universal’s “Peter Pan”, and “Voice of an Angel” and “Beyond All Boundaries”. He won Best Original Soundtrack for The Butterfly Circus at the 24 FPS International Film Festival and 8 ASCAP Plus Awards. He has 22 soundtracks released.

4 years ago in Artists
Timothy Williams
Releases
We use cookies to ensure that we give you the best experience on our website. If you continue to use this site we will assume that you are happy with it.OK