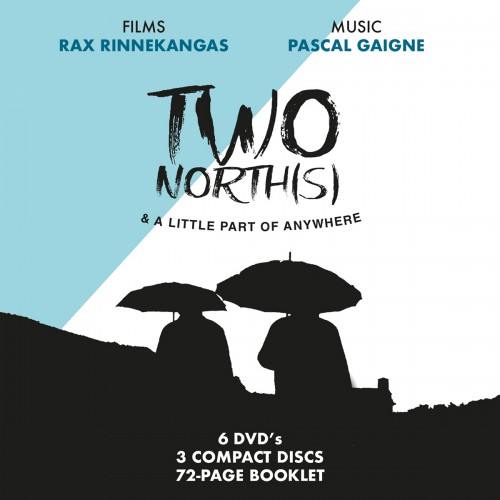 Two North(s) & A Little Part of Anywhere is a box set, that compiles the six films on which director Rax Rinnekangas and Pascal Gaigne have thus far collaborated. This box set includes six DVDs with the six films of Rinnekangas-Gaigne, all remastered, as well as three 3 CDs with more than 80 minutes of previously unreleased music (including for the first time the scores of The Last Bookshop of the World and Circle & Stones) and a 72-page book with texts and essays by journalist and writer Oti Rodriguez Marchante, film director Miguel Angel Barroso and film music critic Frederic Torres.