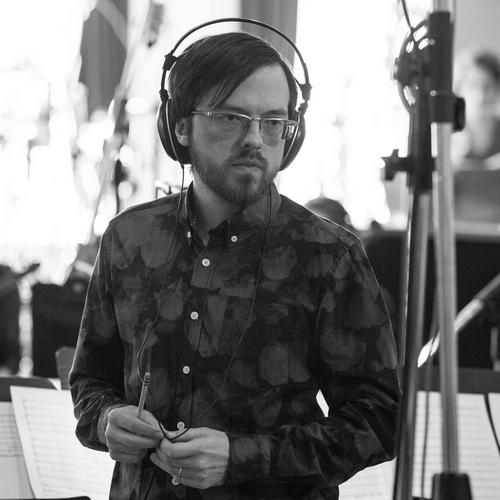 Trevor Gureckis is an award-winning composer and producer based in NYC. His work spans film, pop and concert genres. His music often draws on his production experience and classical background, fusing electronics and live instruments in unique ways. In April, Trevor’s solo album of instrumental and electronic music entitled Corte was released on SUPERTRAIN Records.
Trevor is currently scoring the Apple TV+ series produced and directed by M. Night Shyamalan entitled Servant. Last December he finished scoring the highly anticipated Warner Brothers and Amazon Studios film adaptation of Donna Tartt’s Pulizter Prize winning novel, The Goldfinch directed by John Crowley, to be released in September 2019. He recently scored the Blumhouse thriller Bloodline which premiered at the 2018 Fantastic Fest. Other work includes; HBO’s Vice: Raised by the System, EPIX’s documentary Election Day and Wetlands feat. Adewale Akinnuoye-Agbaje and Heather Graham. In the past, Trevor worked as Philip Glass’s sole music assistant for years on films such as Stoker and Notes on a Scandal performing and arranging on numerous projects.
As a producer, Trevor worked on Kanye West’s The Life of Pablo and co-produced the cover of ‘Say You Will ft. Caroline Shaw’. His synth production can be heard on the song ‘Freestyle 4 ft. Desiigner’. He also produced the electro-pop band My Great Ghost which showcases singer Drew Smith, and is featured on the Philip Glass remix album REWORK_ along with Beck, Cornelius, and Amon Tobin. His numerous remixes and arrangements include artists like Philip Glass, Rufus Wainwright, Mark Ronson, Niia, Mr. Little Jeans and more.

1 year ago in Artists
composerTrevor Gureckis
Releases
We use cookies to ensure that we give you the best experience on our website. If you continue to use this site we will assume that you are happy with it.OK