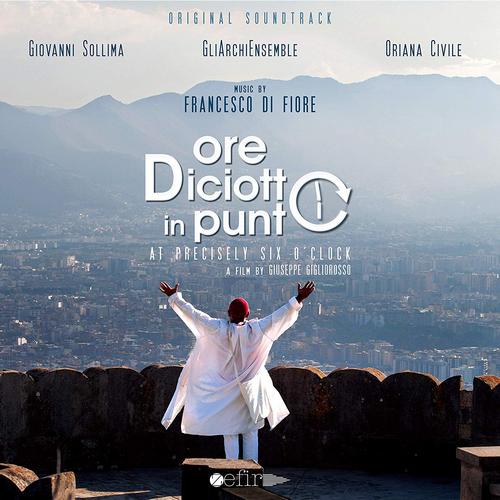 Francesco Di Fiore, pianist and composer, was born in Palermo. He studied in Vienna and Prague. In 1986 he started his concert career performing hundreds of concerts worldwide. He is author of contemporary music of post-modern post-minimalist area. Alongside music for piano, his compositions include chamber and orchestral music, film soundtracks and stage music. Director Giuseppe Gigliorossoasked in May 2011 asked Francesco Di Fiore to write the soundtrack for Ore Diciotto In Punto. The first notes that he wrote went on to become one of the two main themes of the soundtrack. There was the urgency to write a piece for solo piano, as one of the protagonists is a pianist and one scene involved him playing on the piano a recognizable tune from the soundtrack. Thus, Nicolas theme was born. Di Fiore also happens to be a friend of one of the worlds greatest cellists, Giovanni Sollima. Giovanni has always been aware of his work and he knew about Ore Diciotto in Punto. Therefore, it was he who proposed to join in and record part of the music. They managed to find a day for the recording, and, in a hurry, Francesco set to work. Thus, in February 2012, the other two musical portraits were born: Paride and Stella, which, along with the pre-existing Nicola (rewritten in a new version for cello and piano), were played and recorded with Giovanni. Di Fiore composed the rest of the soundtrack for GliArchiEnsemble, and eventually a song on the theme of Stella, with lyrics by Valentina Gebbia.

8 months ago in Soundtracks
movieOre Diciotto in PuntosoundtrackVarious Artists
Tracklist
Latest Releases
We use cookies to ensure that we give you the best experience on our website. If you continue to use this site we will assume that you are happy with it.OK