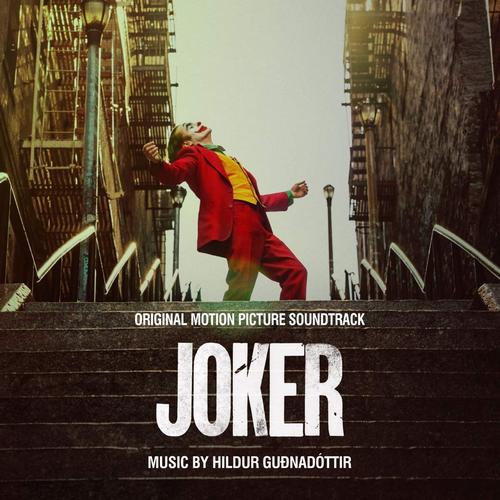 The Joker (or simply Joker) is a 2019 American action crime thriller film, based on the DC Comics character. The film is written by Todd Phillips and Scott Silver, directed by Todd Phillips, stars Joaquin Phoenix, Zazie Beetz, Robert De Niro, Frances Conroy. The film will premiere at the 76th Venice International Film Festival on August 31, 2019.
The album (vinyl edition) can to pre-order at the link in this post.

Hildur Guðnadóttir (“Sicario: Day of the Soldado”) composed the 17-track soundtrack to director Todd Phillips’ original, standalone origin story “Joker” which explores the world of—and according to—Arthur Fleck. Indelibly portrayed by three-time Oscar nominee Joaquin Phoenix (“The Master,” “Walk the Line,” “Gladiator”), Arthur is a man facing the cruelty and outright scorn of society, along with the indifference of a system that allows him to spiral from vulnerability into depravity. Caught in a cyclical existence teetering on the precipice of reality and madness, one bad decision brings about a chain reaction of escalating, ultimately deadly, events. Phoenix stars in the titular role alongside Oscar winner Robert De Niro (“Raging Bull,” “The Godfather: Part II”) as Franklin.

Side B:
1. Looking for Answers
2. Penny Taken to the Hospital
3. Subway
4. Bathroom Dance
5. Learning How to Act Normal
6. Confession
7. Escape from the Train
8. Call Me Joker