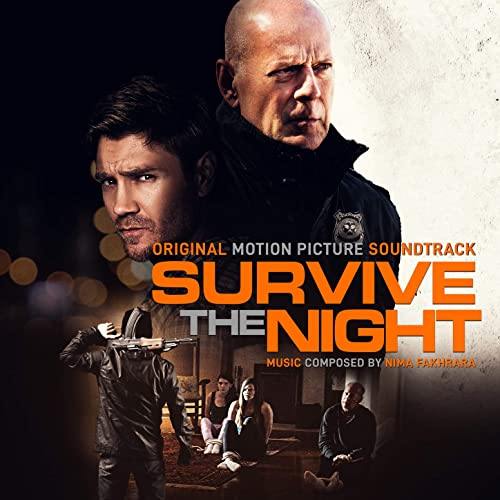 Original Motion Picture Soundtrack from the movie Survive the Night (2020). The score music by Nima Fakhrara, who has scored many films such as Desolate, Crypto, The Girl in the Photographs.